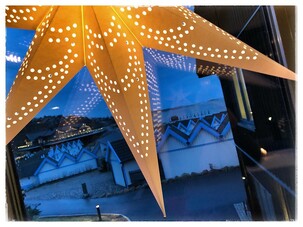 STARR of Hope (formally STEWC) was formally incorporated as a Texas corporation on January 17, 2010.  The founders are: Rosalia Fink, OSB and Jeannine T. Spain, OSB.  Sister Fink spearheaded meetings with the District Attorney and the Starr County Commissioner’s Court to create interest in providing funding for the women and children victims of domestic violence.  The original bylaws for the organization were adopted on December 22, 2009.  These were later revised effective January 17, 2010.  The corporation has refined its mission to the terse statement as follows:

​A Catalyst for peace, safety, and non-violence in the home.

The Starr of Hope (formally STEWC) has been in existence for about ten years. It has dedicated itself since the very outset of organizing the corporation to ensuring the existence of a strong Board of Directors as well as seeking sources of funding for an abused women and their children shelter.  Thus, a private donor in Rio Grande City, TX has donated 3-acres of prime real estate for the construction of the proposed transitional housing shelter.  On November 17, 2010 this Deed of Gift was filed for Record in: Starr County as a RECORDING Document Number: 00294073.  The Deed of Gift has no reservations and restrictions and was GRANTED, GIVEN AND CONVEYED to SOUTH TEXAS EMPOWERMENT OF WOMEN CENTER (STEWC).  As of 2013 the shelter was completed with the generosity of countless benefactors and is now serving the community.  Continued donations and collaborations with the community are still needed to expand our operations and help serve many more victims and families effected by domestic violence.  Together we can end the cycle of abuse.

Create your own unique website with customizable templates.
Photo used under Creative Commons from claudia.schillinger